Nederlandse vertaling>>>>>
Evidence that CYP1B1 is a Universal Tumour Marker

The claim that CYP1B1 is a universal tumour marker protein rests on the evidence in at least fifteen peer-reviewed research or review papers published since 1997.

The first evidence was published in 1997 by Professor Burke’s research team at Aberdeen University, who showed, using standard pathology immunohistochemical techniques backed up by biochemical Western blotting methodology, that CYP1B1 protein was present in the cancer cells of biopsy samples of cancers of the bladder, brain, breast, colon, connective tissue, esophagus, kidney, lung, lymph node, ovary, skin, stomach, testis and uterus, but was undetectable in the normal cells of cancer tissue and normal tissues.(1)

A total of 127 different cancer patients were sampled, with between 6 and 12 patients per cancer type, and CYP1B1 was expressed in 96% of the samples and in all the different types of cancer.
In contrast, CYP1B1 was not detectable in any of the 130 samples of the same range of normal tissues, nor in liver or small intestine.

Subsequent research by the Aberdeen group and several independent laboratories, all using immunohistochemistry with patient biopsies, has both confirmed and extended these original observations, to the extent that CYP1B1 is now widely regarded as a biomarker of the neoplastic phenotype(2) and has been described by staff researchers at the Dana-Farber Cancer Institute (Boston, USA) as “a shared-tumour associated antigen expressed in almost all human malignancies tested so far”(3) (i.e. a universal cancer marker capable of being detected using antibody technology).

Wherever the intracellular location of CYP1B1 is mentioned in research papers it is noted as being cytoplasmic, which in histological terms is consistent with biochemical findings that CYP1B1 is part of the endoplasmic reticulum of the cell.

Malignant tumours are collections of cancer cells and normal cells, and in all cases where the sample has been immunohistochemically stained for CYP1B1 the pattern of staining shows that CYP1B1 is restricted to the neoplastic cells.

The currently most accepted expert view of CYP1B1 in cancer is that CYP1B1 is highly overexpressed in most human malignancies with only minimal expression in critical healthy tissues.(3)

The following paragraph summarises the research literature on CYP1B1 protein expression in cancer, following on from the original 1997 publication.

In different types and grades of breast cancer, CYP1B1 was present in the tumour cells of 77% of samples from 60 patients, yet undetectable in stromal cells or connective tissue,(4) whilst in another, independent study CYP1B1 was expressed in 82% of 34 cases.(5)

In various types and grades of ovarian cancer, CYP1B1 was present in over 92% of primary tumours from 172 patients, with a strong correlation to its presence also in metastases, yet was undetectable in normal ovarian tissue.(6)

In different grades of colorectal adenocarcinoma, CYP1B1 was present at high level in the cancer cells of all the samples from 61 patients, irrespective of the degree of lymph node metastasis.(7)

A recent paper from the Aberdeen group confirmed that CYP1B1 is strongly expressed in colon cancer cells and lymph node metastasis, but surprisingly also found low level expression of CYP1B1 in around one-third of normal colon tissue samples from patients who were clinically adjudged to be free from cancer.(8)

In 269 separate cases of glial cell cancer, CYP1B1 was present in between 61% and 84% of cases, depending on the type and grade of tumour, and CYP1B1 expression was associated with a decreased patient survival time.(11)
In contrast, CYP1B1 is not detectable in normal brain tissue.(12)
In renal cell carcinoma CYP1B1 has been shown to be enzymatically active as a monooxygenase.(13)

There is evidence that CYP1B1 is an early tumour marker, capable of detecting cells even in the early stages of transformation from normality.
CYP1B1 is present in premalignant (PIN) and hyperplastic prostate tissue associated with prostatic carcinoma.(9, 10)
Ostensibly normal colon tissues taken approximately 30 cm distant from colorectal adenocarcinomas showed a hint of staining for CYP1B1.(7)
Our own (unpublished) studies showed that CYP1B1 is clearly detectable in precancerous colon and cervical (CIN) cells.

The validity of the immunohistochemical methods used in this research has been proven in a paper on ovarian cancer from 2005, which confirmed that CYP1B1 was undetectable in normal ovarian tissue (although highly stained in ovarian cancer cells), whereas numerous other forms of CYP were highly stained in both the cancer cells and in normal tissue.(14)
Moreover, whereas in normal liver many different CYPs are expressed, CYP1B1 is undetectable.(1, 15)

A major source of confusion about the selective expression of CYP1B1 in cancer has been the fact that the mRNA for CYP1B1 is expressed both in cancer and normal cells, and, despite ample evidence to the contrary, some scientists have erroneously assumed that where there is CYP1B1 mRNA then CYP1B1 protein must inexorably follow.(2, 12)
This confusion will now hopefully be laid to rest by the recent publication of research with evidence for plausible mechanisms to explain the dislocation between CYP1B1 mRNA and protein expression in normal cells.
It was proposed in 2003 that the regulation of CYP1B1 expression was likely to be post-transcriptional.(16)

In 2005 two different mechanisms of CYP1B1 regulation were proposed, with experimental evidence, to account for its extreme over-expression in cancer cells.
One suggestion is transcriptional regulation by hypomethylation of the promoter/enhance region of the CYP1B1 gene, which would decrease the amount of mRNA produced in normal cells (10)

The other suggestion is post-transcriptional regulation by proteosomal degradation of CYP1B1 protein in normal cells, targeted through polyubiquitination, but not phosphorylation, of the protein.(17)
But the most convincing mechanism (also post-transcriptional) postulates that the over-expression of CYP1B1 in cancer cells arises because cancer cells are largely devoid of a microRNA which in normal cells inhibits the translation of CYP1B1 mRNA into protein.(18) 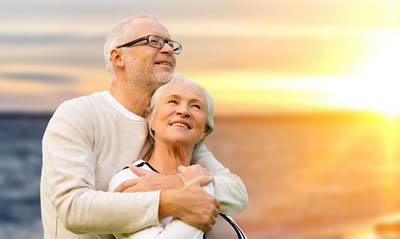